From Roots To The Fruits

The dream to start ACX began with Jan Ganapin’s journey right after college. Right then and there, a team was immediately formed and was originally composed of just four people. It began with friends who ultimately transformed the union of friendship into business. These four people who had the key ingredients — knowledge, skills, and connections — bridged the gap of the company’s uprising; they are ACX Outsourcing Hub’s initial investment. The first run had failed but the dream stood still and Jan, together with Julfer Casinillo, pushed through amidst the circumstances.

Jan and Julfer were buddies in college and in those years, they spoke of their visions for a business. After graduation, they went their separate ways to gain experience and hone skills. Even with their distance, fate kept pulling them back together and with every counter, their conversation on business planning proceeded. It was a never-ending planning stage until one day, they both decided to take the leap.

Jan at the age of 16 learned web development. Like some teens and young adults, Jan also wanted to drop out of college. He wanted to pursue working in a BPO Company but given his young age, he was not allowed to go forth with his application unless he had his parent’s consent. Doubtful of the notion and wanting to focus on her son’s studies, Jan’s mother did not sign the waiver for him to apply which in turn challenged Jan to secure another way of finding a job. Jan signed up for oDesk (now known as Upwork) as a freelancer.

Jan reached out to various projects such as content writing, marketing, web developing, etc. Among those applications, Web Development was the first project he was given. And so, the journey begins.

Before the birth of ACX, Jan’s and Julfer’s with some current employees’ paths crossed. They were all brought together in a publishing company called AuthorCentrix. Julfer was hired into the Marketing department and Jan was in the Operations of the publishing. The two continued to speak of their business plans where at that time, Julfer suggested that they run a Marketing company since they both already have the knowledge and skills. Working at AuthorCentrix, Jan and Julfer learned so much regarding a start-up business.

Not long after, Jan and Julfer once again went their separate ways. Certain events occurred to the company that led to a retrenchment. Julfer’s department and the current employees of ACX today were left with a dreary news. Even by being apart, the two kept in touch discussing business ideas despite the fact they were working in competing companies.

Jan was still in the company until the owner of AuthorCentrix talked Jan into forming his own business and AuthorCentrix was the first client. Excited about this, Jan teamed up with Julfer, rekindling their conversations on their dream business and became the primary stakeholders of ACX together with Jan’s mother. Some of the employees were also asked by Jan and Julfer to join the new business’s growth and happily boarded the venture. Commemorating AuthorCentrix being the step forward in making Jan and Julfer’s dream a reality, they came up with the initials ACX which stand for Access to Creative eXpertise. A beautiful business was born at that moment.

The first year, like any other, was bumpy. According to Julfer, a honeymoon period was there for ACX before reality began to sink in. ACX started off from 0-22 employees which according to Jan, was a hasty decision. The internal structure of ACX Outsourcing Hub was not yet fully assembled. Everything was bootstrapped from beginning to end which was definitely a demanding process. In short, the first year of ACX Outsourcing Hub wasn’t much of a successful head start.

The challenges helped Jan and Julfer get a better understanding of running a business. Eventually, situations led to the reboot of ACX Outsourcing Hub. The team was left with only Jan, Julfer, and Jan’s mother. They all hustled in client outreach, lead mining, remodeled ACX’s internal and external structures, formulated a better business plan, and juggled service providing. With continued efforts, business began to boom once again. It wasn’t a slow and steady reset, but it was definitely the rocky road upwards.

Jan’s vision for ACX Outsourcing Hub is to continue being the aid for people in need of employment and keep instilling the current company culture that is centered on the employees’ and administrators’ happiness, sustainability, productivity, and character development. ACX Outsourcing Hub not only makes clients happy, but the workforce as well.

Julfer’s vision for the company is to continue progressing with the POD system in completing projects and of course, dearly protecting the company culture. The POD system was discovered by Julfer as a more sustainable and stress-free process of getting things done. It was more organized, timely, and proactive instead of sticking to the usual Department system. Julfer wants ACX and its members to keep in mind that creativity does not stop with design.

On a more exciting note, in August or September, an automated coffee machine will finally set foot in the building of ACX Outsourcing Hub to supply the employees with a more efficient access to coffee. This has been among Jan’s dreams for ACX inside the 4 to 5 years of running. This will definitely keep the employees in an energetic mood to complete tasks!

Jan sees the company’s growth as abrupt. There have been several setbacks and breakthroughs along the journey but there was not a moment in time where the company froze. All the hardships that every member of ACX went through is the heart of ACX’s success today.

The progress is good but it’s also scary. Even so, Jan and Julfer continue to see every passing moment for ACX as a success and a lesson. It’s all a matter of how you see things that help you realize things. Running ACX carries no major regrets for the two as there are certain things they could’ve improved but mostly, there are things they want to keep. Everything bloomed in time and if fall comes, the roots continue to stand together until spring comes again.

From Roots To The Fruits

The dream to start ACX began with Jan Ganapin’s journey right after college. Right then and there, a team was immediately formed and was originally composed of just four people. It began with friends who ultimately transformed the union of friendship into business. 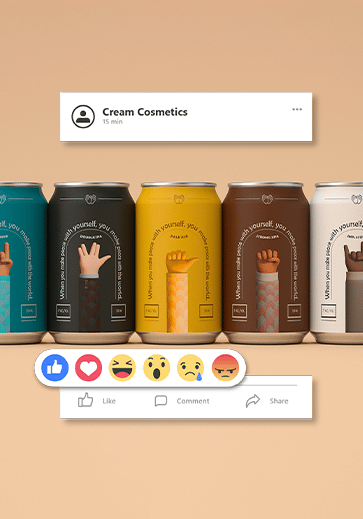 ACX Outsourcing Hub is a digital marketing agency based in the Philippines that works with businesses worldwide; helping them create a strong brand in the digital space.

Have you ever heard of email marketing? What comes to mind when you encounter this?
Read more

Years back, “business” was seen as monochrome, serious, and dull. With the great uprise of art due to the digital transfer of information, the term “aesthetic” is in almost all existing businesses. Your business should not be left out on this but stand out in the crowd instead.
Read more

The Solana intelligent cross-chain DEX will revolutionize how we do business, and we are just getting started!

BrightSwap provides a platform with end-to-end crypto gaming solutions boosted by superior performance, intelligent cross-chain DEX capability, and a strong AMM mechanism, all together, while keeping a low gas cost.

Leaning on the robust Solana ecosystem, Brightswap assures its clients of fast and efficient transactions with high throughput and low cost.

Be a savvy user for trading, buying, and staking crypto at high convenience, low fees and optimized gains potential.

Satoshi Media is a YouTube channel that pivots around the world of crypto. The public account transmits latest updates, exciting NFTs, and inspiring stories on the various elements of crypto space. Satoshi Media trusted ACX Outsourcing Hub and its partner-business, ACX Studio, as they make the channel a vibrant representation of the business. Satoshi Media appreciates the joint effort garnered by the team to publish quality-driven videos.

With over 7 social networking accounts, Satoshi Media slowly and surely developed brand image as their presence is handled by ACX Outsourcing Hub incorporates timely and relevant content that is fit for the business niche. Every detail of Satoshi Media’s online appearance is maintained with the same color scheme, font, and tone to maximize its branding efforts.

Satoshi Media considered ACX Outsourcing Hub as the right company to entrust the social media management and video production. Deliverables have been accomplished right away without compromising the quality. Each task is thoroughly planned and laid out by the entire ACX team. There is a clear process before production and quality assurance before the materials are uploaded.